(CNN) -- The first former head of state to be convicted of war crimes since World War II was sentenced to 50 years in prison Wednesday by an international court in The Hague, Netherlands.

He was also found guilty of using Sierra Leone's diamond deposits to help fuel its civil war with arms and guns while enriching himself with what have commonly come to be known as "blood diamonds."

Taylor directed his gaze downward while Presiding Judge Richard Lussick read the sentencing statement, which began with a horror cabinet of carnage committed in Sierra Leone by rebels from the Revolutionary United Front, which the former president backed.

He spoke of amputations with machetes -- some carried out by child soldiers forced to do so -- and read accounts by witnesses who suffered under the violence."The accused has been found responsible for aiding and abetting as well as planning some of the most heinous and brutal crimes recorded in human history," said Lussick, who described one RUF military operation as the "indiscriminate killing of anything that moved."

"Witness TF1064 was forced to carry a bag containing human heads," Lussick said. "On the way, the rebels ordered her to laugh as she carried the bags dripping with blood."
Upon arrival, "the bag was emptied, and she saw the heads of her children."

A former child soldier, conscripted at age 12, in his testimony told of "having the letters RUF carved into his chest," Lussick said. "When ordered on a food-finding mission to rape an old woman they found at a farmhouse, the boy cried and refused, for which he was punished."

The prosecution had asked the Special Court for Sierra Leone to sentence Taylor, who was president of Liberia from 1997 to 2003, to 80 years behind bars, but the judges found the recommendation "excessive," citing the "limited scope" of the conviction in key attacks.

The prosecutors had failed to prove that Taylor assumed direct command over rebels who committed atrocities.

There is no death penalty in international criminal law, and Taylor, 64, will serve out his sentence in a British prison.

The former Liberian president is appealing his conviction and will receive credit for time already served since his apprehension in March 2006.

The atrocities he was convicted of supporting occurred over the course of five years -- almost his entire presidency -- and reached a peak in 1998 and 1999. Sierra Leone's civil war lasted from 1991 to 2002, ultimately leaving 50,000 dead or missing.

Although Taylor was not on the battlefield in Sierra Leone, the court saw his position of power as president of the neighboring country and the use of his own military's capabilities to stoke up RUF rebels as making him directly responsible for the bloodshed he encouraged.

Taylor does not see himself as a war criminal but as a victim -- a leader wronged by corruption and a hypocritical hand of justice with a political agenda.

"I never stood a chance," he said last week during his final courtroom stand. "Only time will tell how many other African heads of state will be destroyed."

Taylor accused the United States government of throwing the trial by paying prosecutors millions of dollars and claimed that witnesses had been bought.

He has expressed no remorse and insisted his intent was far from what had been portrayed by prosecutors. He has described himself as a peacemaker, saying he should be spared a harsh sentence.

His defense attorneys pointed to the former Liberian president's role in the peace process that ended the civil war as a mitigating factor in his sentencing.

But after lengthy consideration, the panel of judges -- which in addition to Lassick included Judge Teresa Doherty and Judge Julia Sebutinde -- did not buy it.

"While Mr. Taylor publicly played a substantial role in this process ... secretly, he was fuelling hostilities," Lassick said, supplying rebels with arms and ammunition.

Last month's landmark ruling by the Special Court for Sierra Leone against Taylor was the first war crimes conviction of a former head of state by an international court since the Nuremberg trials after World War II that convicted Adm. Karl Doenitz, who became president of Germany briefly after Adolf Hitler's suicide.

Former Yugoslav President Slobodan Milosevic was tried by an international tribunal, but he died before a judgment was issued.

Taylor, 64, was found guilty of all 11 counts of aiding and abetting the deadly rebel campaign in Sierra Leone.

He was a pivotal figure in Liberian politics for decades and was forced out of office under international pressure in 2003. He fled to Nigeria, where border guards arrested him three years later as he was attempting to cross into Chad.

The United Nations and the Sierra Leone government jointly set up the special tribunal to try those who played the biggest role in the atrocities. The court was moved to the Netherlands from Sierra Leone, where emotions about the civil war still run high.
Posted by Unknown at 10:43 PM 0 comments 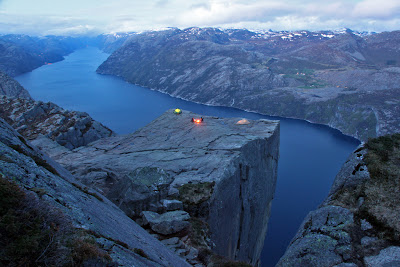 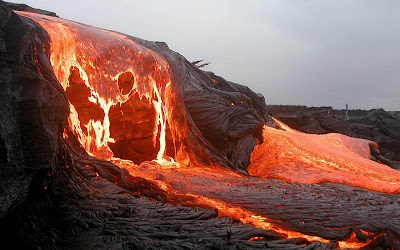 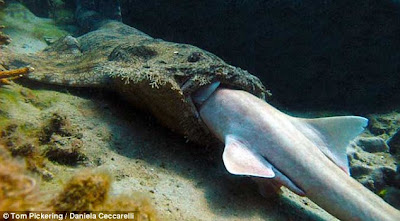 *First picture: The naked man who ate the face off victim in horror attack while high on LSD before being shot dead by police

This is the first look at the naked homeless man who ate another man's face while high on a new potent form of LSD.


Rudy Eugene, 31, pictured in an old police mugshot was shot dead in Miami, Florida yesterday following the horrific attack where he ripped pieces of flesh from his victim.


His victim, another naked homeless man, was in a serious condition in a Miami hospital today suffering from 'some of the worst injuries staff had ever encountered'.

Yesterday, a cyclist described the terrifying moment he witnessed a naked man tear pieces of flesh from another man's face at the side of a freeway before being shot dead by police when he refused to stop.

Larry Vega, from Miami, was cycling off the MacArthur Causeway on Saturday afternoon when he saw the savage attack, which he described as 'the most gruesome, traumatic thing I have ever seen in my life'.

He told WSVN: 'The guy was like tearing him to pieces with his mouth and I told him to get off. But the guy just kept eating the other guy away, like ripping his skin.

'A police officer came over, told him several times to get off then climbed over the divider and got in front of him and said, "Get off!" But the guy just stood his head up like that with a piece of flesh in his mouth and growled.'

Witness: Larry Vega was cycling off the MacArthur Causeway on Saturday afternoon when he saw the savage attack, which he described as 'the most gruesome, traumatic thing I have ever seen in my life'

Down: A side view shows the naked attacker shortly after he was shot dead by police

Caught: Surveillance footage shows the two naked men after the attacker was shot by police

Down: Surveillance footage shows the two naked men lying on the walkway next to a major Miami highway, and since the left body never moves, he is the victim whose face was being chewed by the right man

Mr Vega said Eugene continued to eat his victim's face so he was shot repeatedly. Police have said they believe Eugene was high on a potent form of LSD at the time.

His victim is in hospital recovering from his injuries which are said to be some of the most horrific staff have ever encountered.

Images taken from a Miami Herald surveillance camera show the legs of the two men lying beneath a freeway underpass.

Mr Vega described the crime scene - which he compared to a horror movie: 'It was just a blob of blood. You couldn't really see, it was just blood all over the place.

'It was one of the most gruesome things I have ever seen in my life in person. You know, you see these things in the movies but when you see it in person, it's pretty traumatic.'

Still alive: The attacker moves and sits up even though he had already been shot, and police
continue to shoot himuntil he finally dies on the scene

Hero: A police spokesman called the officer who repeatedly shot the attacker 'a hero'

Armando Aguilar of the Miami Fraternal Order of Police told WSVN: 'What's happening is whenever we see that a person has taken all of his clothes off and has become violent, it’s indicative of this excited delirium that's caused by overdose of drugs.

'What's happening is inside their body their organs are burning up alive.'

A woman notified a police officer nearby that she had seen two men fighting, witnesses told The Miami Herald.

In the barrage of gunfire, the naked man was killed, collapsing face-down on the pedestrian walkway right by the Herald's parking garage.

Javier Ortiz, a police spokesman, said that based on information he's received, the officer who fired the shots 'is a hero and saved a life'.

Growing concern: Police cars gather as the situation progresses
There were no weapons found near the two naked men, leading them to believe that the attacker used his own strength to subdue his victim.

'There are other ways to injure people,' Sergeant Altarr William told The Herald.

'Some people know martial arts, others are very strong and can kill you with their hands.'

Traffic clogged the area for hours as people used the route to descend into South Beach for Urban Beach Week, an annual festival dedicated to hip-hop music.

Tragedy: The naked man was shot dead by police near The Miami Herald newspaper's parking garage
after he wouldn't stop eating the victim

Issues: The victim was in hospital as traffic was clogged for hours as people used the route to get to
the annual Urban Beach Week festival (pictured)
Sumber
Posted by Unknown at 6:02 PM 0 comments