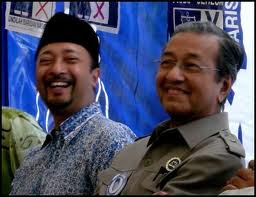 UFO encounters became especially frequent in the middle of the 20th century, when it became impossible to disregard incidents of UFO sightings anymore. Special services started establishing special departments for air defense troops, secret laboratories were organized to study the phenomenon. It is not ruled out, that secret services have already had chances to study fragments of alien spaceships or even aliens themselves.
It is about time science should say its word regarding the problem, and it did. SETI (Search for Extraterrestrial Intelligence), an independent non-commercial organization, released a sensational statement.
Three giant spaceships are heading towards Earth. The largest one of them is 240 kilometers wide. Two others are smaller. At present, the objects are beyond the orbit of Pluto.
The spaceships were detected by HAARP search system. The system, based in Alaska, was designed to study the phenomenon of northern lights. According to SETI researchers, the objects are nothing but extraterrestrial spaceships. They will be visible in optical telescopes as soon as they reach Mars's orbit. The US government has been reportedly informed about the event. The ships will reach Earth in December 2012.
The date of the supposed space contact with extraterrestrial civilization brings up thoughts about the Mayan calendar, which ends on December 21, 2012. Is it just a coincidence? Most likely, though, SETI researchers mistake the wish for the reality: fifty years of constant monitoring of space have not yielded any results.
Nevertheless, mankind only begins to explore space. We are just newcomers in this huge and unexplored world. Many believe that there are many other civilizations in space beside our own civilization.
Rumor has it that the Americans classified a lot of information about findings on the Moon. In 1988, a prominent Chinese official, a member of the nation's space program, unveiled pictures of human footprints on the lunar surface. The official stated that he had received the information from a reliable source and accused the Americans of concealing that information. The photos were dated from August 3, 1969 - two weeks after Armstrong and Aldrin stepped onto the surface of the Moon on July 20, 1969. Therefore, the materials of the lunar mission were studied and classified by NASA.
On March 15, 2009, The New York Times produced another sensation. The same Chinese official, Mao Kan, stated that he had obtained over than 1,000 secret NASA photographs depicting not only human footprints, but even a human carcass on the surface of the Moon. Some of the bones in the carcass were missing, the official said. The human corpse must have been dropped on the Moon from an alien spaceship, whereas the extraterrestrials kept some tissue samples for research.
The photos were taken by a lunar probe. The absence of air makes it possible to capture minute details from the lunar orbit. The pictures of the carcass were very clear.
Dr. Ken Johnston, former Manager of the Data and Photo Control Department at NASA's Lunar Receiving Laboratory, said that US astronauts had found and photographed ancient ruins of artificial origin on the Moon. Supposedly, US astronauts had seen large unknown mechanisms on the Moon. The data were classified by the US government.
Is all of that just spam or is it fantastic truth? Will we ever know?
Sumber
Posted by Unknown at 9:53 PM 1 comments

The Alawite army and police were given direct orders from the highest levels to attack villages, kill Muslims or force them to flee, Sky News has been told.

Sky's chief correspondent has been inside Syria to speak to some of the large number of Alawite military and police prisoners being held by the Free Syrian Army opposition force in the north of the country.

According to them, the commanders lied them sending to kill "foreign militants". In fact, the army simply was carrying out random shelling.

"We had the idea that (opposition forces) were there to terrorize people, to kill children, to kill females and to kill everybody around, but... we noticed that the opposite was what was actually happening", said another prisoner.

Another prisoner described the Free Syrian Army as people with "honor and dignity" who are "fighting for a proper reason".

The prisoners, who appear to be well treated, said the foreign correspondent. But now they face the same dangers as the ordinary Syrians are, because the positions of the Assad regime's army continuing to battle with the "foreign terrorists" are located around, and an occasional bomb or missile may well hit them as well.

Meanwhile, the US intelligence believes that the Syrian opposition is fragmented. And the Assad regime, realizing a threat to its existence, is trying to strengthen their unity. In addition, the Alawites, ruling for decades in Syria, are aware that in the case of fall of the regime they will face revenge for the many bloody crimes, and they are unlikely to survive in Syria.

The head of US National Intelligence James Clapper believes that the Syrian National Council and the Army of Free Syria, which are one of the most prominent opposition groups, do not have a single organization.

There is even an internal struggle over who will lead this organization, said Clapper.

The Iranian secret services are active against the background of an unstable situation.

"The Iranians are concerned about the Assad's state and think about how to help him. They are sending instructors and ammunition - mostly to quell the unrest. Another disturbing phenomenon that we've seen recently, apparently, is the presence of extremists who have infiltrated the opposition groups. The two bombings in Damascus in December ... and then the two additional bombings in Aleppo, both of which were targeted against security and intelligence buildings ... had all the earmarks of an al Qaeda-like attack.  So we believe that al Qaeda in Iraq is extending its reach into Syria", said the head of the US National Intelligence.

Nevertheless, fierce battles are taking place between the Assad regime troops and rebel forces in the suburbs of Damascus since Tuesday, said the activists about the bloodiest clashes in the capital since the beginning of the uprising 16 months ago.

Fire and explosions could be heard on a video released by activists. According to human rights organization Syrian Observatory for Human Rights, clashes occurred near the headquarters of the Republican guard in Quds and suburbs of Al-Hama and Mashr Dumar, located just nine kilometers from Damascus.

According to an activist in Damascus, Samir al-Shami, tanks and armored vehicles are on the streets of suburbs. According to some activists, a tank was blown up.

Rebellion against the rule of President Bashar al-Assad is becoming more violent. Damascus is considered a stronghold of support for Assad, but reports of clashes near the capital are reported more often. - sumber
Posted by Unknown at 11:16 PM 0 comments