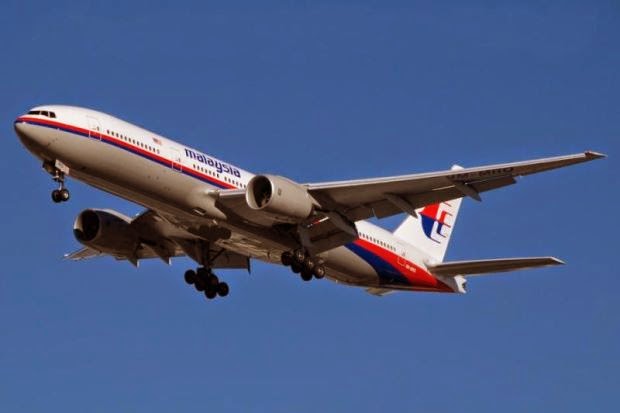 TONY Abbott has declared Australia won’t be abandoning the search for MH370, even if no wreckage is located during the underwater search.
The air search for the missing Malaysia Airlines plane has been suspended for the second day in a row due to poor weather.
Officials say heavy seas and poor visibility are making the air search ineffective and potentially hazardous.
The Prime Minister said he had “no advice whatsoever” to suggest there is any truth in claims the plane may have landed somewhere.
“Our expert advice is that the aircraft went down somewhere in the Indian Ocean, we have identified a probable impact zone, which is about 700km long, about 80km wide,” Mr Abbott told reporters in Canberra.
Despite not finding any trace of the plane yet, the search isn’t finished, he said.
“Australia will not rest until we have done everything we humanely can to get to the bottom of this mystery,” Mr Abbott insisted.
“We are not going to abandon the families of the six Australian citizens that were on the plane. We are not going to let down the families of the 239 people on that plane by lightly surrendering while there is reasonable hope of finding something.”
He said even if at the end of scouring the underwater search area crews locate nothing, it won’t be abandoned.
“We may well rethink the search but we will not rest until we have done everything we can to solve this mystery.
“We owe it to the families of the 239 people on board, we owe it to the hundreds of millions, indeed billions of people who travel by air, to try to get to the bottom of this.
“The only way we can get to the bottom of this is to keep searching the probable impact zone until we find something or until we have searched it as thoroughly as human ingenuity allows at this time.” 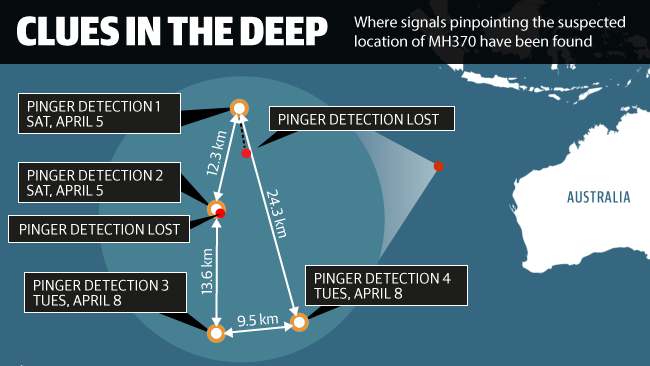 The New Straits Times quoted sources close to the investigation saying that the failure to turn up any debris at the current southern Indian Ocean search site was causing a rethink among investigators.
The latest report comes as authorities prepare to send the robotic vehicle underwater today for mission number 10.
More than 80 per cent of the underwater search zone for Flight MH370 has been scoured by Bluefin-21 and so far no contacts of interest have been found.
After being suspended yesterday, the Australian Maritime Safety Authority has planned a visual search today about 855 kilometres north west of Perth.
But again the weather may affect the effort, with heavy rain, widespread low cloud and south easterly winds predicted.
Visibility is expected to be limited to one kilometre.
Sources told the New Straits Times that they were considering revisiting the scenario that the plane had landed at an unknown location.
“The thought of it landing somewhere else is not impossible, as we have not found a single debris that could be linked to MH370. However, the possibility of a specific country hiding the plane when more than 20 nations are searching for it, seems absurd,” the sources said.
The sources told the paper that another possibility was that the plane had crash landed in a remote spot.
MH370 went missing March 8 on a flight from Kuala Lumpur to Beijing along with its crew and 227 passengers, most of them Chinese.
The hunt for the jet has focused on a search area about 1500km north west of Perth after pings believed to be from the plane’s black boxes were detected there.
The air search has been suspended due to bad weather as a result of Tropical Cyclone Jack.
“It has been determined that the current weather conditions are resulting in heavy seas and poor visibility, and would make any air search activities ineffective and potentially hazardous,” the Joint Agency Coordination Centre said in a statement.
Up to 10 military aircraft were part of the visual search. The 10 ships involved in the search will be able to continue their planned activities.
The unmanned submersible Bluefin-21 is still scouring the ocean depths on its ninth mission trying to locate wreckage from MH370.
So far it has searched about two thirds of the underwater area, with no contacts of interest found to date.
Meantime, family members of passengers lost on the missing flight have criticised the Malaysian government for an investigation they say has been mismanaged.
Appearing on US morning television, Sarah Bajc, the girlfriend of MH370 American passenger Philip Wood, told Today host Matt Lauer passengers’ loved ones all just “wanted to go back to square one”.
“We just don’t believe they’re using proper evaluative techniques to check the data,” she said. “It’s day 45 and we’re basically on the same position we were on the first day.” 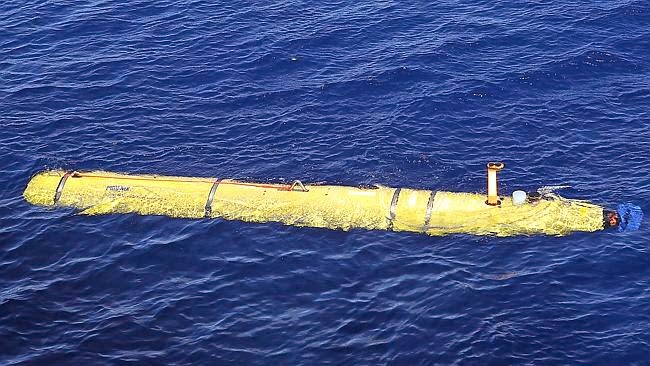