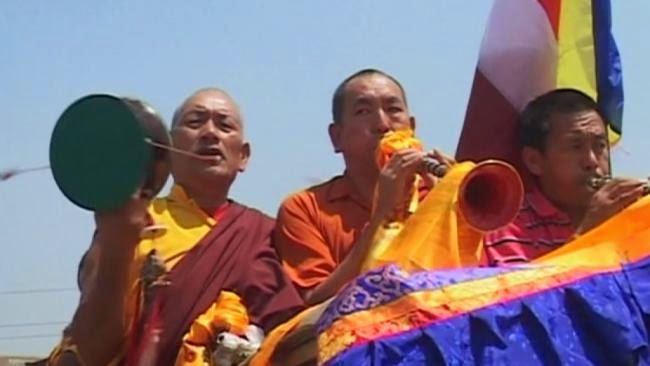 THE Everest climbing season will probably be called off this year following last week’s avalanche that killed 16 Sherpas, an organisation representing Nepalese expedition operator says.
Mountaineers and guides have been deserting the world’s highest peak since the avalanche killed 13 Sherpas and left three others missing and presumed dead on a treacherous ice field on April 18.
Dambar Parajuli, president of the private Expedition Operators Association, said it appeared the lucrative climbing season was set to end soon amid a dispute between the Nepal government and Sherpa guides over insurance and compensation.
“We can’t officially say the season is closed this year, but chances are high,” Mr Parajuli told AFP.

Decision time ... Nepalese authorities attempt to salvage the climbing season during a meeting with Sherpa mountain guides near Everest base camp. Picture: Alpenglow Expeditions/Adrian BallingerSource: AP
“Several major expeditions have called off their plans, which means there won’t be enough climbing Sherpas to set the route up the mountain,” Mr Parajuli said.
The accident — the deadliest in Everest’s history — has shone a spotlight on dangers faced by sherpas who carve out climbing routes, fix ropes, repair ladders and carry gear up the mountain for their foreign clients.
Top mountaineering companies Himex, Altitude Junkies and Asian Trekking, were among the last to scrap their plans.

Paying respects ... Phinjum Sherpa lights a butter lamp in front of a portrait of her father Ang Kaji Sherpa, killed in an avalanche on Mount Everest. Picture: Niranjan Shrestha Source: AP
Officials promised foreign mountaineers during talks on Thursday that their climbing permits, costing at least $US11,000 ($11,900) each, would be extended for five years in a bid to avoid messy refund claims for the lost season.
Under fire over its handling of the disaster, the government had been desperate to avoid a shutdown of the season that could lead to a huge revenue loss for the impoverished country.
Sherpas on Tuesday threatened to boycott the season after demanding that the government give higher compensation for the dead and injured, increase insurance payments and establish a welfare fund. - sumber
Posted by Unknown at 9:59 AM