North Korean rocket 'can reach US west coast 10,000km away'
North Korea's recent rocket launch is evidence it now has the ability to fire a rocket more than 10,000km (6,200 miles) and reach the US west coast, South Korean officials have said. 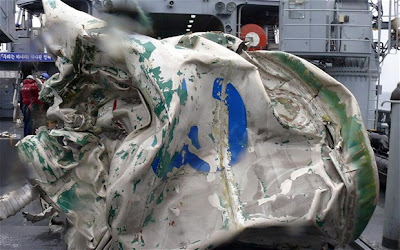 The estimate was based on debris recovered from the splashdown site of the rocket fired on December 12, which showed it had ballistic capabilities.
North Korea launched its three-stage Unha-3 rocket on December 12, insisting it was a purely scientific mission aimed at putting a weather satellite in space but critics say it was aimed at nurturing the kind of technology needed to mount a nuclear warhead on a long-range missile.
South Korean experts analysed an oxidiser container, which stored red fuming nitric acid to fuel the first-stage propellant.
"Based on our analysis and simulation, the missile is capable of flying more than 10,000 kilometres with a warhead of 500-600 kilograms," a defence ministry official said.
The estimated range of 10,000 kilometres (6,200 miles) covers the whole of Asia, eastern Europe and western Africa as well as Alaska and a large part of the US west coast including San Francisco.
However, the official added that there was no evidence yet that North Korea had developed re-entry capability needed for a payload to survive the heat and vibration without disintegrating. – a key element of intercontinental ballistic missile (ICBM) technology. 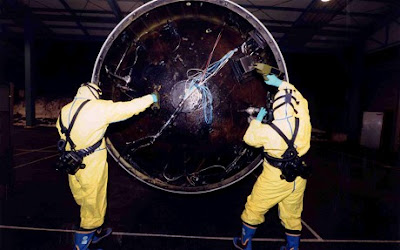 The type of oxidiser container that was found was very basic, the official said, and would not be used by countries with advanced space technology. "Welding was crude, done manually," the official said.
Despite international condemnation, the launch this month was seen as a major boost domestically to the credibility of the North's young leader, Kim Jong-un, who took over power from his father who died last year. 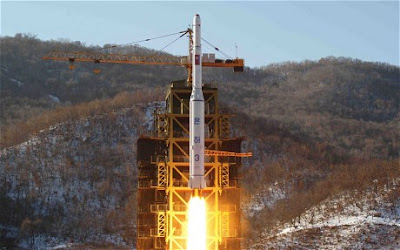 Apparently encouraged by the euphoria, the fledgling supreme leader called for the development and launching of "a variety of more working satellites" and "carrier rockets of bigger capacity" at a banquet in Pyongyang on Friday which he hosted for those who contributed to the lift-off, according to North Korean state media.
The nuclear-armed nation has awarded medals to 101 rocket scientists and technicians who worked on the launch.
"By successfully launching satellite Kwangmyongsong 3-2, they instilled great national self-esteem ... and dealt a sledgehammer blow at the hostile forces' desperate moves to check the advance of (the North)," it said.
Meanwhile, South Korean church groups have displayed Christmas lights near the tense border with the North, despite concerns about a violent response from Pyongyang.
Dozens of church leaders and followers put up the giant display – featuring thousands of glittering light bulbs on a tree-shaped steel tower – near the heavily-fortified border on Saturday, a defence ministry spokesman told AFP.
The lights on a military-controlled hill in Gimpo, west of Seoul, will be displayed until early January and can apparently be seen several miles away in the impoverished North suffering from chronic power shortage.
Before the South's "Sunshine Policy" of engagement with North Korea launched in 1998, the seasonal lighting displays were common.
Pyongyang repeatedly condemned them as "psychological warfare" by its capitalist neighbour aimed at spreading Christianity in the isolated communist state.- sumber
Posted by Unknown at 9:00 AM