The May 13 truth: Time to declassify documents

If Umno is really interested in the truth, surely the simplest solution is to declassify our own files, especially those kept by the Special Branch, says Kua Kia Soong. 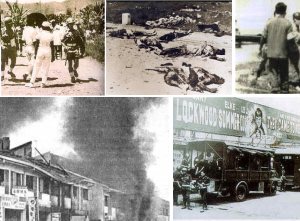 The call by the Umno Youth leader for The Edge to retract their story about “May 13” is laughable when National Film Development Corporation Malaysia (Finas) is just about to release their much trumpeted film ‘Tanda Putera’ which is aimed at reinforcing Umno’s version of the incident.
The director of the film has said as much, that the film is aimed at contradicting the thesis of my 2007 title that the racial violence was a veiled coup detat by the emergent state capitalists in Umno against the aristocrats under Tunku Abdul Rahman.
The continued postponement of the film’s release is as perplexing as the continued postponement of the appeal by the two men sentenced for the murder of the Mongolian lass, Altantuya.
Is the government apprehensive about the negative reaction many Malaysians will have toward the film? Has the Special Branch already submitted their intelligence to the government, warning them that this tired old official version of May 13 would only serve to enhance anti-Umno voting behaviour?
The continued postponement for the release of this film is a smack in the face of the film director who appears to have little, if any, artistic freedom in the project at all and who at the same time, seems content to be a compliant accomplice in this historical cover-up.
Open the SB files
Much has been made by non-academic Umno hacks that my 2007 title relied on declassified documents from (foreign) British sources, as if researchers are incapable of separating the facts from fiction.
Malaysian historians, whether they are the official apologists or the more radical, know that the British were more inclined toward supporting Umno and the Alliance than the communists or the opposition as part of the neo-colonialist solution at Independence.
In fact, in the book I pointed out the hypocrisy of the British in justifying an arms deal for the Home Guard when the outside world was condemning the racial violence and the partiality of the Malaysian security forces.
Still, these documents reveal the innermost thoughts of the British officials and their own intelligence. They are the equivalent of the Wikileaks that have been made available to us to read today.
But let’s talk about the elephant in the room – our own classified documents on the May 13 racial violence of 1969.
If Umno is really interested in the truth, surely the simplest solution is to declassify our own files, especially those kept by the Special Branch.
I still remember the cocky boast made by my Special Branch Interrogation Officers when I was detained under the ISA in 1987, that their archives at Bukit Aman are better than any university library in the country. I can believe them.
So is the government interested in what really happened in May 1969: who started the violence; who were the “hidden hands” alluded to in Said Zahari’s immortal poem on the incident; how many casualties were there really?
Or are they more interested in their status quo and peddling the same old story that we no longer believe in?
Malaysians should give their votes only to candidates who are committed to the enactment of a Freedom of Information Act and the repeal of the Official Secrets Act.
Truth and reconciliation
Our country cannot trundle along in this way, relying on Biro Tatanegara-type methods to portray history.
We can no longer allow this dark episode in our history to be used as a political threat to frighten the people every time the status quo feels challenged. In order for this issue to be laid to rest, all the relevant facts need to be made visible and the dead named and honoured through the convening of a Truth & Reconciliation Commission (TRC). As with the South African TRC,
“… a truth & reconciliation commission is a necessary exercise to enable (us) to come to terms with (our) past on a morally accepted basis and to advance the cause of reconciliation.”
Apart from the testimonies of all the people affected by the May 13 violence and their families, the May 13 TRC needs to be given access to all the classified documents in the country, especially those in the reportedly excellent Special Branch library and those in the possession of the Cabinet.
Only then will we be able to lay to rest the ghosts of May 13 and finally become a society at peace with itself.
Kua Kia Soong, a former ISA detainee, human rights movement Suaram’s advisor.
Posted by Unknown at 9:27 PM