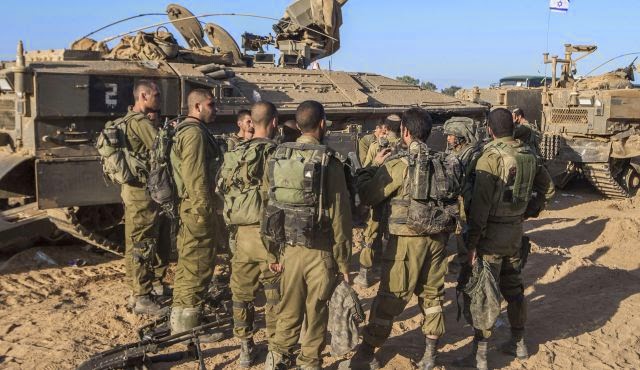 Israel's Operation Protective Edge entered its 24th day on Thursday. The inner cabinet has ordered the military to press on with the offensive in the Gaza Strip, focusing on the destruction of Hamas' tunnel network.


An Israeli delegation traveled to Cairo on Wednesday for several hours of talks over Egypt’s efforts to broker a truce in Gaza. An official said Israel will continue to allow temporary humanitarian cease-fires in certain areas.


Three Israel Defense Forces soldiers were killed and 12 wounded on Wednesday afternoon in the Khan Yunis area of south Gaza, bringing the death toll in the military to 56. Three Israeli civilians were killed in the current round of fighting.


Palestinian President Mahmoud Abbas declared Gaza a "humanitarian disaster area" and urged the international community to protect and provide relief to the battered enclave. In a letter to UN Secretary General Ban Ki-moon, he accused Israel of committing war crimes.