Female reservists called up in unprecedented numbers
Operation Protective Edge poses unique challenges to the thousands of female reservists, among them pregnant women and mothers 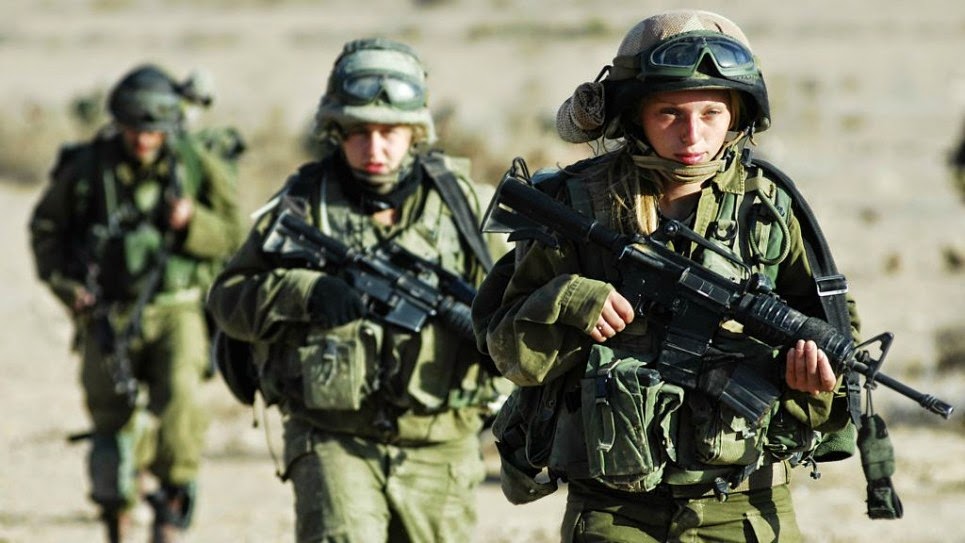 Some 60,000 IDF reservists have been called up to serve in Operation Protective Edge so far. Many are parents leaving families behind at home – but not all are fathers

According to the IDF Spokesman who would not release exact figures, the thousands of women currently serving in reserves are a higher percentage than in any previous IDF operation. They serve in a variety of capacities, but especially in combat support in the Home Front Command, Intelligence, the Air Force and field operations.

While it is never easy for anyone to drop everything and leave home, receiving a “tzav 8,” an emergency call to service, poses unique challenges to the currently active female reservists, among them pregnant women and mothers.
“I try to get my girls to go to bed first, otherwise they cry,” says Captain (res.) Lee Betser , who has left her home in Tzur Yitzhak every night for the past two weeks to perform her duties with search and rescue battalions of the IDF Home Front Command.
A financial comptroller in a large company, the mother of two daughters ages four and 11, and stepmother to three older children, Betser feels an obligation to do whatever she can for her country. As a mother, she is technically exempt from military reserve duty, but she insists on volunteering.
“It’s not enough to sit at home at a time like this,” Betser, 36, says. “What I am doing is the most important thing I could be doing now, and I will continue to do it. I will continue to do reserve duty for as long as they let me.” 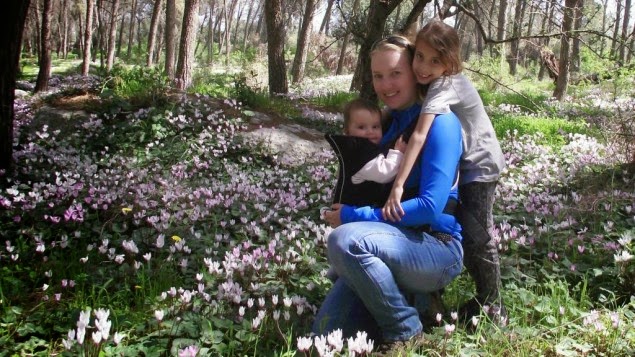 Lee Betser with her daughters. (Courtesy)
Dedication to country and dedication to motherhood can coincide, but not always without difficulties.
“There is an enormous effect on the children in families where the mother is the primary caregiver,” notes Rina Berkus , a clinical social worker at the Kav L’Noar Center for Families and Young Adults  in Jerusalem.
According to Berkus, research done on women reservists in the American military indicates that the development of younger children (newborn to age 5) can be disturbed when a mother leaves for military duty.
“Attachment gets thrown off, and we see disruption in eating and sleeping. We also see bedwetting and hyperactivity,” Berkus says.
Older children fare slightly better, because they are more resilient and have some coping skills, such as being able to talk to themselves about what is going on.
“Older kids feel a sense of loss, but the sense of purpose and pride they feel can mitigate that,” Berkus explains. “They have tears in their eyes, but their chest is swelling with pride.”

Betser says she and her husband work to keep things as calm and routine as possible for their daughters.
“It’s not easy. Even my husband, who commutes to work in Ashkelon, has had his breaking points,” she says. “But we have a routine where the girls are going to camp every day and my husband picks them up and takes them home. They know they will be with their dad, and that they are in a house that will protect them.”
Berkus confirms that things work best if the father or partner can stay home more than usual, or if close relatives, friends or neighbors can come over to the house, rather than arranging for the kids to go to a different friend’s or babysitter’s house each day. “Things are much worse if the kids have to deal with too many changes. It’s easier to deal with only one stress at a time,” she says.
Betser chose to do the night shift so that she could see her girls for at least a few hours during the day, and also try to stay up-to-date as much as possible with work.
She’s not getting more than about four hours of sleep in a 24-hour period. “I take catnaps,” she offers. She’s willing to push through, even while not knowing how much longer she will have to keep this up.

Liat Bilinsky, who is seven months pregnant, has volunteered for the IDF reserves. (Courtesy)
Lieutenant (res.) Liat Bilinsky  also works shifts as an operations officer in the Home Front Command. Although dressed in civilian clothing in a sea of uniforms, it is her seven months pregnant belly that attracts most attention.
“I really stand out. I’m hard to miss,” she says.
Bilinsky, 31, lives with her husband in Ramat Gan and is an applications specialist in the biotechnology field.
“I knew they would call me. I waited for the call, and it came within less than an hour after the first air raid siren,” she recounts. Despite her advanced pregnancy, she never considered not volunteering. “When it’s real, you want to be part of it,” she says, comparing a “tzav 8” call-up to being called up for training exercises.
She’s not sure what she would have done had her baby been born already. “I assume the situation is much harder for mothers, especially when the children are young,” she reflects.
Bilinsky remembers a time when she was the only woman among her fellow reservists, but things have changed.
Sergeant First Class (res.) Rina Schogel , 28, has also noticed a change since her first reserve duty. There are currently eight women among the 50 members of her search and rescue company under the Home Front Command.

Rina Schogel (YouTube screenshot)
Schogel lives in Tel Aviv and plays bass guitar in a handful of bands. Like the others, she would rather be in uniform than sitting at home right now.
“I feel like I am doing something, that I am contributing,” she says.
Schogel is impressed by one of her commanding officers, a woman who volunteered for the reserves and is serving alongside her enlisted daughter.
Schogel sees herself, along with Betser, Bilinsky and all other female reservists, as setting an example for the next generation of Israeli girls.
Betser, who made aliyah from Ukraine at 15 without her parents, has always been very patriotic. She considers becoming an IDF officer and performing reserve duty for as long as possible to be an integral part of who she is, both as a woman and as a mother.
“It was always obvious to me that this was what I was going to do,” she says.
Posted by Unknown at 6:22 PM