Ali Cordoba April 28, 2013
Malaysia could be living the last moments of the BN-Umno in power as Pakatan is expected to perform and deliver this time 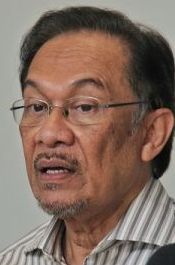 In all elections and in any contest, there are the favourites and the underdogs as well as the surprise candidates, and in the GE13 in Malaysia it is no different with our own list of expectations.

Top of the list is Anwar Ibrahim, who is the leader of the Pakatan Rakyat opposition formation and the favourite to seize the post of prime minister of Malaysia, a feat never actually possible by the opposition in the country’s 55 years of history.