‘If you have pride and dignity, reject BN’
RK Anand April 22, 2013
This is the message that the Malaysian Hindu Movement is planning to drive into the hearts and minds of Indian voters during its nationwide campaign, spurred by the decision to field Zulkifli Noordin 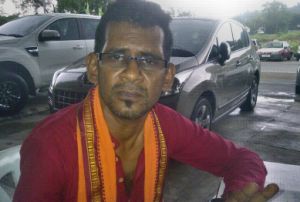 PETALING JAYA: After taking over the leadership reins, Najib Tun Razak embarked on an endeavour to court the Indian voters, who spurned Barisan Nasional in the 2008 general election.
Armed with the catchphrase “Nambikei” or trust, he released the five Hindraf leaders from detention, attended the Thaipusam celebrations at Batu Caves and forked out financial aid for Tamils schools, NGOs and religious organisations.
While the battered MIC struggled to remain relevant, Najib’s efforts however bore results as seen in the swing of Indian votes in favour of BN in several by-elections.
But the decision to name controversial Perkasa vice-president Zulkifili Noordin as the BN candidate in Shah Alam now threatens to shift the political tectonic plates once again.
And the Malaysian Hindu Movement is convinced that another Indian political tsunami would sweep through the ballot boxes, come May 5.
‘Choosing Zulkifli over Indians’
Speaking to FMT, the movement’s leader S Sanjay could not contain his anger and vowed to take the message throughout the nation.
Previously, the 46-year-old father of two had staged a hunger strike demanding that the authorities take action against Zulkifli over his remarks which belittled the Hindu faith.
However, he called off the strike on the eighth day when Pakatan Rakyat leader Anwar Ibrahim spoke to him on the telephone, asking him to end the protest and vowing to charge Zulikifli if the opposition formed the federal government.
“I was touched when [PKR vice-president and Anwar's daughter] Nurul Izzah and PAS’ Siti Mariah Mahmud visited me. Nurul then called her father on the phone and Anwar spoke to me.
“He apologised for not being able to visit me in person due to his hectic schedule in relation to nomination day. I was moved by this gesture,” he added.
On the same note, Sanjay said that he appreciated MIC Youth chief T Mohan for visiting him as well.
“Up to that point, it was a non-partisan struggle. All I wanted was for Zulkifli to be charged. But when BN named him as the candidate… now my struggle is against the entire coalition.
“Najib’s so-called ‘nambikei’ has manifested itself in the form of Zulkifli. Is this how insignificant the Indian community’s feelings are? Najib chose Zulkifli over the entire community. It is a slap on our face and this must not go unpunished,” he stressed.
The former Hindraf Penang deputy chairman, who had been arrested thrice before, said the Malaysian Hindu Movement would embark on a nationwide tour to distribute CDs and leaflets to Indian voters, urging them to reject BN.
The campaign would kickstart in Port Klang on April 25 at a Murugan temple there, where a booth would be set up.
Sanjay said he would be speaking at ceramahs and attending temple functions around the country to drive home the point to Indian voters.
“We want them to view the recordings. We want to tell them that if they are Hindus with an iota of pride and dignity, they will vote against BN,” he added.
Sanjay also called on the Christians to reject BN since the coalition had backed out from contesting against Perkasa president Ibrahim Ali in Pasir Mas.
“This is another religious bigot who wanted to burn bibles. These are the kind of people who Najib endorses under his 1Malaysia. Even a true Muslim would reject BN because their religion does not teach them to insult the faiths of others,” he added.
MIC members must reject BN
Responding to a question, a vexed Sanjay also dismissed Zulkifli’s apology which appeared in the Tamil dailies as nothing more than a political gimmick.
“This man is a liar. He lied about making those remarks when he was in PAS. He was speaking about the Lord Muruga statue in Batu Caves, which was built much later… after he was sacked from PAS.
“He also described the ‘Bhagavad Gita’ as a ‘Kitab Keling’ when the late private investigator P Balasubramniam swore on the holy book upon his return to Malaysia.
“He called the Chinese and Indians ‘pendatang’ [immigrants]. This is BN’s so-called candidate with calibre? And now when he wants our votes, he apologises. Rubbish!” he thundered.
Sanjay also questioned how the Indian leaders in BN would be able to canvass for votes from the community when their “Umno masters” deemed it fit to field people like Zulkifli.
“And there is that photo of an Indian BN member kissing Zulikfli on the cheek during nomination day… So tell me, how are these Indian leaders going to face the community?
“MIC leaders should have threatened to boycott the election unless Zulkifli is dropped. But of course, they will not do that because of fear of losing their positions. I hope MIC members have more pride and self-respect than their leaders and will vote against BN as well,” he said
Posted by Unknown at 7:30 PM