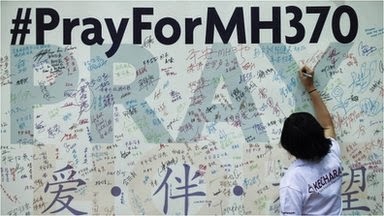 The UK satellite company Inmarsat has told the BBC that the search for the missing Malaysia Airlines jet has yet to go to the area its scientists think is the plane's most likely crash site.

Inmarsat's communications with the aircraft are seen as the best clues to the whereabouts of Flight MH370.
The hunt for the lost jet is currently taking a short break while ships map the Indian Ocean floor.
When the search resumes, the Inmarsat "hotspot" will be a key focus.
But so too will a number of areas being fed into the investigation by other groups.
Australian authorities are expected to announce where these are shortly.
The BBC's Horizon TV programme has been given significant access to the telecommunications experts at Inmarsat.
It was the brief, hourly electronic connections between the jet and one of company's spacecraft that are currently driving the search.
Inmarsat's scientists could tell from the timings and frequencies of the connection signals that the plane had to have come down in the southern Indian Ocean.
An Australian naval vessel was sent to investigate the region west of Perth, and followed up leads as they emerged.
But as Horizon reports, the Ocean Shield ship never got to the Inmarsat hotspot because it picked up sonar detections some distance away that it thought were coming from the jet's submerged flight recorders.
The priority was to investigate these "pings", and two months were spent searching 850 sq km of sea bed. Ultimately, it turned out to be a dead end.
"It was by no means an unrealistic location but it was further to the north east than our area of highest probability," Chris Ashton at Inmarsat tells Horizon.
The company's experts used their data to plot a series of arcs across the Indian Ocean where its systems made contact with the jet.
By modelling a flight with a constant speed and a constant heading consistent with the plane being flown by autopilot - the team found one flight path that lined up with all its data.
"We can identify a path that matches exactly with all those frequency measurements and with the timing measurements and lands on the final arc at a particular location, which then gives us a sort of a hotspot area on the final arc where we believe the most likely area is," said Mr Ashton.
The Australian authorities leading the hunt have now recognised the need to make a high-resolution bathymetric (depth) survey of the wider search zone - some 60,000 sq km in area.
This is likely to take several months, but once they know precisely the shape of the sea bed and the height of the water column, they can then better choose the most appropriate vehicles to continue the underwater sweep.
MH370 was lost on 8 March en route from Kuala Lumpur to Beijing. A total of 239 passengers and crew were on board.


BBC Horizon: Where is Flight MH370? will be broadcast on BBC Two at 2100 BST on Tuesday, and will be available on the iPlayer thereafter. 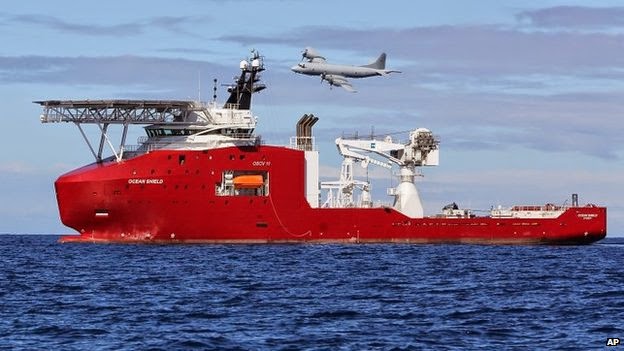 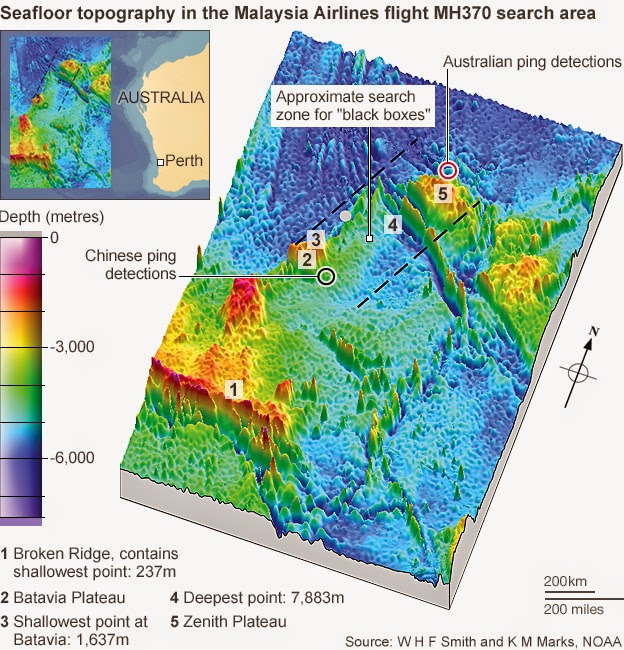