"The "works are from the country and not from a government or a particular official," 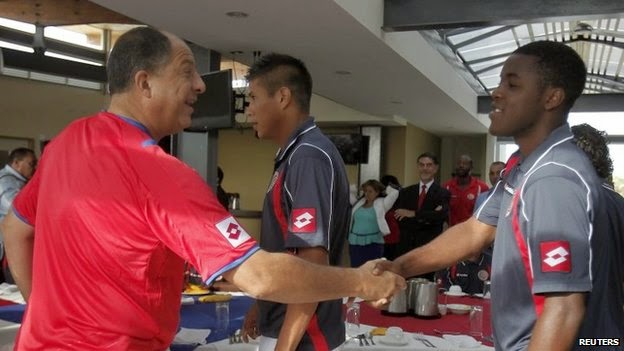 Costa Rica's newly elected president has passed a decree banning his name being put on plaques at public works.
Luis Guillermo Solis, who was sworn in last month, also said he did not want his portrait hung in public offices, which was until now a common practice.
"The worship of the image of the president is over, at least under my government," Mr Solis said.
Mr Solis's victory made him the first third-party candidate to govern Costa Rica in more than 50 years.
The president told reporters he thought having his name on plaques marking the inauguration of construction projects such as bridges and roads gave people the wrong idea. 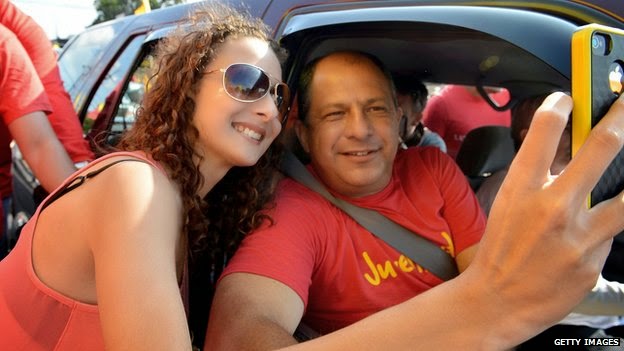 While Mr Solis is not camera-shy, he thinks having his portrait hanging in public offices is unnecessary


"The works are from the country and not from a government or a particular official," he told reporters after signing the decree.
In future, commemorative plaques will only bear the year the project was inaugurated rather than the name of the administration, as was usual until now.

Mr Solis - of the centre-left Citizen Action Party (PAC) - surprised everyone by taking 31% of the vote in the first round of the presidential election in February.
In the opinion polls which followed, Mr Solis got so much support, his main rival decided to stop campaigning and effectively drop out of the race.
Nevertheless, Mr Solis continued to campaign until the last minute on a promise to bring transparency to the presidency and eliminate unnecessary spending.
He won with almost 78% of the vote. - sumber
Posted by Unknown at 11:36 PM