Sabah claim: History on Malaysia’s side 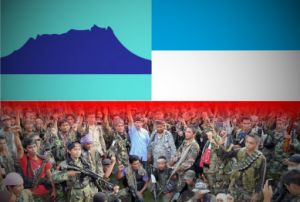 KUALA LUMPUR:  A scholar has urged Putrajaya to reject any call for a negotiation on the Sulu claim over Sabah, saying the issue was settled decades ago.
“Neither the Sulu Sultanate nor the Filipino government has a claim over the North Borneo state,” said DS Ranjit Singh, an expert on Southeast Asian political history who is now a visiting professor at Universiti Utara Malaysia.
“The moment we negotiate with them, we compromise our sovereignty,” he said in a talk at Universiti Malaya today.
He said the Sulu claim was futile for three reasons: the Philippine government’s predecessors renounced all claims over the state, the Sulu court has never administered the state, and the people of Sabah agreed to form Malaysia.
He said the sultanate lost its status as an independent entity after its capture by the Spaniards, which happened six months after the signing of the 1878 treaty stipulating that the British administrators of Sabah must pay cession fees to the Sulu court.
“Instead, the Spaniards became the sovereign rulers of the Philippines and it was they who renounced all claims of sovereignty over the territory in Borneo.”
When the United States took over the Philippines from the Spaniards, the American administrators in turn signed documents defining the international boundary of the country, Ranjit added.
“The Republic of the Philippines then inherited the Philippines from its predecessor, the US. So how can they claim in 1962 that Sabah is theirs when the predecessor has renounced that claim?”
According to him, these circumstances also give good reason for Malaysia to stop the monthly cession payment of RM5,300 to the sultanate. He urged Putrajaya to do so immediately.
Principle of effectivity
Ranjit also cited what he called the “principle of effectivity” as a reason why Sabah belonged to Malaysia and not the Philippines.
According to this principle, an authority loses its title over a state if it has never administered it or passed any law for it.
Ranjit gave as an example the dispute over Pulau Batu Puteh between Johor and Singapore. Johor lost the case because it had never administered the island.
He also pointed out that Sabah became independent on Aug 31, 1963, and agreed to form Malaysia on its own accord.
This was the essence of self-determinism, he added. “The people of Sabah did not say they wanted to join the Philippines. They preferred to form Malaysia.”
Ranjit also cautioned Malaysia against taking the issue to the International Court of Justice out of respect for Sabahans.
“We can’t just tell the three million Sabahans that the court will be deciding their fate, and they may be dislocated,” he said.
“We have to respect the will of the people of Sabah.”
Posted by Unknown at 12:30 AM