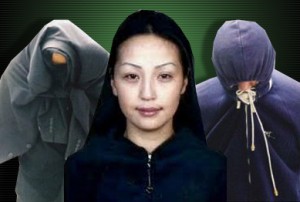 PETALING JAYA: The government should probe into the drafting of former private investigator P Balasubramaniam’s second statutory declaration (SD II) regardless of whether there is new evidence or not, said former KL criminal investigation department (CID) chief Mat Zain Ibrahim.
He said this was because the police are entitled to conduct fresh investigation as long as there was a new report lodged on the case and the people’s demand to know the real perpetrators behind the murder of Mongolian national Altantuya Shaariibuu.
In an open letter to Inspector-General of Police Ismail Omar today, Mat Zain said all efforts to investigate the armed incursion in Lahad Datu, Sabah will do no good to Prime Minister Najib Tun Razak unless he was cleared from involvement in Altantuya’s murder.
“Despite Najib being set to announce a Royal Commission of Inquiry (RCI) to investigate the matter pertaining to Sabah’s Project IC and armed invasion to Lahad Datu, it will not give any meaning if Najib himself is not cleared of allegations that he was involved in the Altantuya murder or other criminal misconducts.
“So much as the government wants to know who is the mastermind of the Lahad Datu incident, the people also want to know who is behind the murder of Altantuya, especially the one who instructed the bombing of the unfortunate woman, who was believed to be pregnant,” he said.
Mat Zain was responding to Ismail’s statement yesterday that police will only re-open investigation on allegations that Balasubramaniam was coerced into making the false SD II if there were fresh evidence.
“If there are people who come forward with fresh evidence, we will investigate. But if it is old story said in a different way, then we will not entertain,” the police chief was quoted of saying.
Mat Zain pointed out that the statement was inconsistent with former police chief Hanif Omar who during his reign had re-initiated a probe into the 1948 Batang Kali massacre despite receiving only one police report from the victims’ families
He said Hanif has done that in 1993 although the British government had concluded investigations and made decisions on the matter.
“The report only contained vague information of the case, but Bukit Aman (police headquarters) decided to form a special committee to investigate and give fair hearings to the families involved.
“There is no time-bar in making reports or providing information to a crime,” he said.
Justice for the two policemen
He said re-opening of the case would also serve justice to the two convicted policemen Azilah Hadzri and Sirul Azhar who were sentenced to death penalty for murdering Altantuya and currently awaiting an appeal.
“Abdul Razak Baginda, a close associate of Najib, who was accused of abetting the murder, was acquitted without being called to defend himself, in a state full of controversies.
“People are also aware that many important details related to the murder have been intentionally left out from the murder trial,” he said, in reference to the case that was concluded in August 2008.
“If in the case of Batang Kali massacre, we can re-open investigations after 45 years to give justice to the victim’s families, why can’t we do the same on Balasubramaniam’s SD II and give fair hearing to our police force members?” he asked.
Controversies surrounding Balasubramaniam’s SD II resurfaced following his return to Malaysia last month and his repeated declaration that the first statutory declaration implicating Najib to the murder of Altantuya was the true one.
A day after Balasubramaniam death last week, his lawyer Americk Sidhu claimed that that senior lawyer Cecil Abraham had drafted the SD II on Najib’s instructions
Posted by Unknown at 8:46 PM