Malaysians do not want losers

CT Ali | March 26, 2013
Najib does not have the wisdom, the strength of character and the ability to respond to crisis in the manner we would expect of our leader to do. 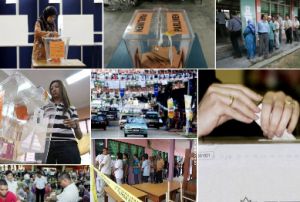 We know who killed Altantuya Shaariibuu. We know how she was murdered. We know the possible reasons why she was killed. We know the circumstances that led to her murder.
We know her murderers were two highly trained, highly skilled UTK operatives trained to do as instructed by their superiors – and killing is but just one of the things that they do, and they do it well.
What we still do not know is who ordered them, if at all there was someone, to kill Altantuya?
Now we have a second death that can be directly linked to this Altantuya/Scorpene/Abdul Razak Baginda saga – that of PI Bala.
We have been told that P Balasubramaniam died of a heart attack. So in all probability we know what killed Bala – and I say in all probability, not with certainty.
The dead can no longer tell any lies nor can they tell the truth. And what is the truth with Bala?
And so in death as when he was alive, Bala merely becomes a postscript to the real drama: who ordered Altantuya killed?
Najib’s government does nothing to answer the many questions now being asked by every thinking Malaysian. Would this be because that any further judicial inquiry into this sordid affair would implicate Najib himself?
And then there is this case of him alienating a large number of Malaysians who want fair and equitable elections. And the habit of unleashing the police to “manage” any critical situation in favour of Barisan Nasional.
He also chose to take back Perak from Pakatan Rakyat by enticing, intimidating and coercing opposition members to defect to BN.
This shows that he cares little for what the people of Perak had wanted when they voted for a Pakatan government during the 12th general election.
He offered the voters of Sibu RM5 million of public money (our money) for flood mitigation schemes if the people of Sibu would vote for his BN candidate in a by-election. To his shame, the people of Sibu rejected his corrupt bid to hold them to ransom and voted for the opposition candidate.
In a contested political environment that he now finds himself facing within his own party and also on the national political front, what does he do?
Lacking wisdom
Within his own Umno, his detractors know that they have in him a loser who will in all probability lose the election for BN. The long knives are out to cleanse Umno of him sooner if not later.
Najib no longer looks behind his shoulder to try and spot who would plunge the knife into his back – he himself knows that events have overtaken him – and as he usually does, Najib will await his fate rather than take any action or decision to influence its outcome in any way.
His handling of the recent invasion by armed soldiers of the Sultan of Sulu is a manifestation of his dithering and bumbling failure to act decisively in deflecting the challenge to our sovereignty effectively.
The many deaths of our security forces and that of the invaders, the untold misery inflicted upon the Filipinos who are staying legally and illegally in Sabah, the inconvenience it caused to the local population and all the attendant adverse consequences of the invasion locally and with our neighbour the Philippines – are of no consequence to Najib.
He simply does not have the wisdom, the strength of character and the ability to respond to this kind of crisis situation in the manner we would expect of our leader.
The latest exposé of how business is done in Taib Mahmud’s Sarawak by international NGO Global Witness serves only to amplify Najib’s lack of wisdom in making that judgment call to work with the same Taib in Sarawak in this 13th general election.
Umno does not want losers. The people of Malaysia do not want losers. Najib is a loser.
CT Ali is a reformist who believes in Pakatan Rakyat’s ideologies. He is a FMT columnist
Posted by Unknown at 11:00 AM